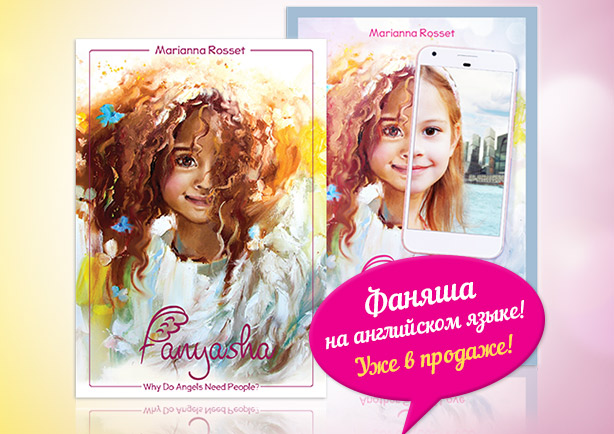 Fanyasha: Why Do Angels Need People?

A charming baby angel-girl - Efania (Fanyasha, for short) is born to an average family of angels. Her happy and carefree childhood comes to an end when she finds out that a human is soon to be born – one that she must dedicate her whole life to. This unusual story of a little, inquisitive angel-girl and her family will help you learn not only about the secret lives of these heavenly creatures, but it will also help you understand the laws of our own earthly realm, as well as those of the entire Universe. Having navigated this difficult journey, filled with serious ordeals and wondrous discoveries, Fanyasha comes to realize the meanings of love and friendship, what the reason for her own existence is, and figures out what makes humans tick. And more importantly: Why do angels need people?

Fanyasha. The other side of love

Every person on Earth has their own angel. One who cares for them and protects them from harm. This is not a metaphor, nor is it some kind of fairytale - just because we can’t see angels it doesn’t mean that they aren’t real. They inhabit their own world, which although is very different, still has a lot in common and overlaps somewhat with our own.

The heroine - Efania (Fanyasha for short), comes down to Earth to look after her own human - a young girl by the name of Alisa. Her task is not an easy one, not least because Alisa’s mother wants nothing to do with her daughter.

All of Fanyasha’s worries and concerns about her little person weigh heavily on her mind and prevent her from returning to her own world as often as she’d like. This results in her making a bad crossing between Earth and the Angel World, and she gets stranded in the Inter-world dimension. By the time she is freed from this Inter-world, and manages to get home, she realizes that much has changed. Just as in the lives of angels, as in the lives of people - everything has the other side.